Home Glossary The Definition of a Dovetail

A dovetail is a joining technique in woodworking. The actual dovetail definition is this:

A joint formed by one of more tapered projections on one piece that interlock with corresponding notches or recesses in another. 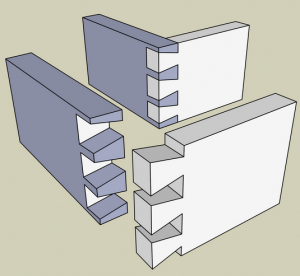